Michelangelo - the architect! Behold the crowning jewel of Rome - the cupola of St. Peter's Basilica 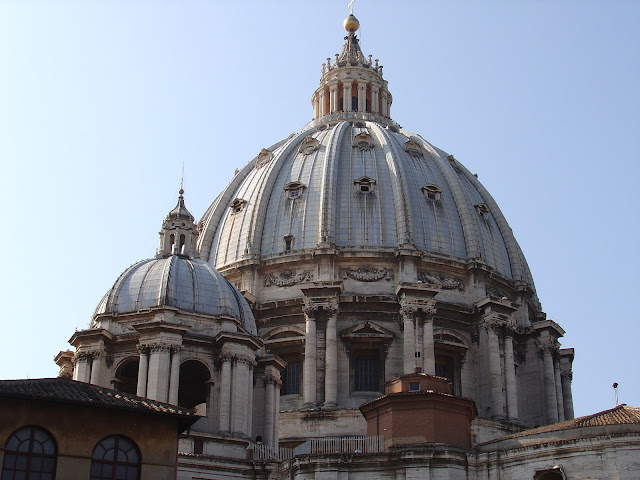 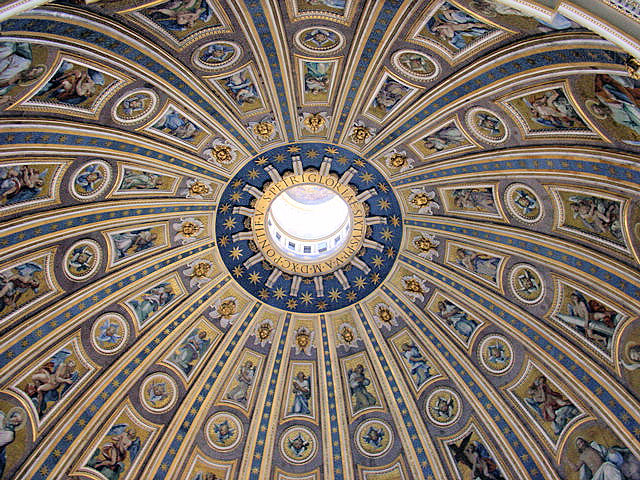 Looking up to the soaring interior surface of the Dome of St. Peter's Basilica.

Did you know that Michelangelo's genius reached beyond his sculptures and frescoes to soaring heights that forever redefined the skyline of Rome? Behold — the masterpiece of St. Peter's Basilica and its crowning glory. Though the construction of the Basilica had endured many architects, it was Michelangelo, compelled by Pope Paul III in 1547, who designed most of the building we see today including this magnificent cupola that takes your breath away on the outside as well as from within. Unfortunately, he died in 1564 and never saw its completion in 1590.

During my last stop in Rome a few years ago, I embarked on the rigorous journey to the top of cupola — to the jaw-dropping 360 degree views of Rome. As you begin your ascent, you climb first in the interior of the dome to a bird's eye view of the Bernini's Baldacchino at the altar. Then, you move "between the domes" and it is here that you can actually see how it was constructed as you peer between the interior and exterior shells. Finally, you arrive at the top and despite the tough climb, your efforts are rewarded! Look out and gaze in awe at entire city of Rome laid out before your eyes. In front of you is Bernini's elliptical piazza flanked by its colonnades whose arms open up to welcome in the world. Beyond St. Peter's Piazza is Rome and the rest of the world. Be sure to walk around the entire cupola to see the magnificently landscaped Vatican gardens. Breathtaking!
As you can see, the journey to the top was truly incredible and unforgettable. So on your next tour through Rome, after you stop to see the Sistine Chapel and the Pietà, make sure you leave enough time to climb the Cupola that Michelangelo built!