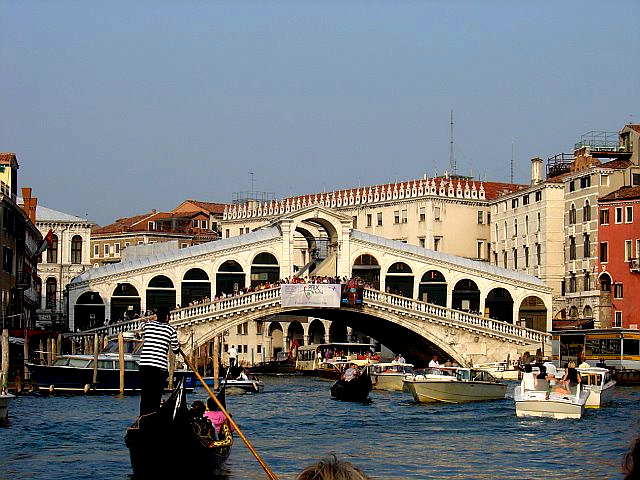 Completed in 1591, the Rialto Bridge is one of four bridges that span the Grand Canal of Venice, Italy and its oldest.  Although many architects were considered to design and build the bridge - including the magnificent Michelangelo - it was awarded ultimately to Antonio da Ponte who more or less, mirrored its wooden predecessor.  It is a pedestrian only bridge lined with souvenir shops unlike the timeless Ponte Vecchio Bridge in Florence that is sparkling with its merchants' gold shops.  Read more about Venice and its magnificent 15th century charm!
Email Post
Labels: Italy Venice